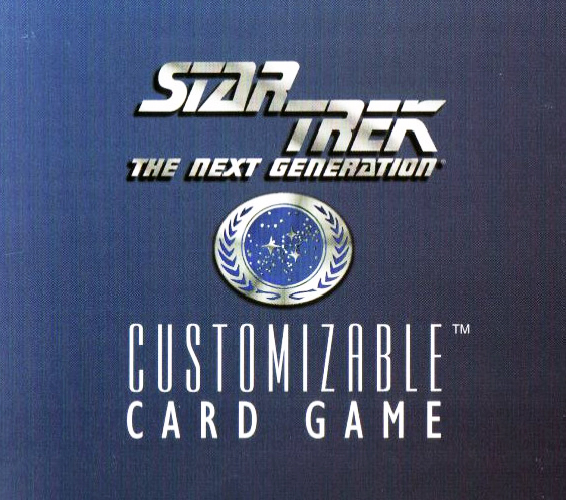 Select from our Star Trek 1E Products Below

Beam me up, Scotty! Arguably the best sci-fi series on TV since, well, ever, Star Trek is a genre that resonates with players and collectors worldwide! One of the first games Decipher Inc. ever produced, Star Trek Customizable Card Game was an adventure like none other. With a massive universe, multiple factions, powerful starships, dilemmas and missions, playing this game was like making our own TV episode of the show every time! As always, Decipher delivered an amazing product with this game, so amazing that it warranted an entire second edition of the game after this one! 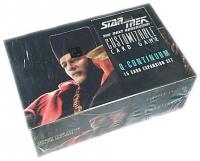 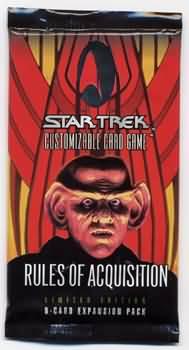 The Trouble With Tribbles Booster Box 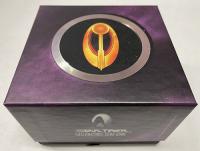 The Trouble with Tribbles

Kicking off the game was just the basic Premiere Set. With 363 cards this set included all the main staples of the Star Trek universe - Jean Luc Picard, Beverly Crusher, Data, Geordi, Worf, and all the other fan favorites of the Enterprise! The game works by selecting a faction to play, such as Klingon, Romulan, Federation, etc. Build up your deck with starships, weapons and crew members, and venture out into the universe. Opponents use dilemas, events, and other problems to throw at you, and attempt to steer you off course, or destroy your efforts, all while you try to complete missions and win the game! Not long after the Premiere set, another great set Alternate Universe expanded the game into a whole new world. Focusing on some other never before seen elements of the Star Trek universe, players had a whole new world opened to them. This set also saw the first ultra rare star trek ccg Card, Future Enterprise. Still an amazing collector’s item, this card can only be found in approximately every 3-6 boxes! The Official Tournament Sealed Deck came out not long after that, providing players an opportunity to take six random packs, plus a preset deck of cards, and try their luck at winning with a blind set of cards! The sets just keep coming out after this - some special Anthology sets were released, an Enhanced Premiere and Enhanced First Contact! Reflections added a whole new world to the game, with special foil versions of many of the popular early cards in the game, including four ultra rare foils to collect such as Future Enterprise and Borg Queen! Later sets included some alternate adventures from different series, such as The Motion Pictures set, Voyager, Holodeck Adventures, and The Trouble with Tribbles. The last set of the first edition, All Good Things, came out as a special edition, and is extremely are and hard to find! Look for all your favorite characters, starships, aliens and dilemmas on our site!