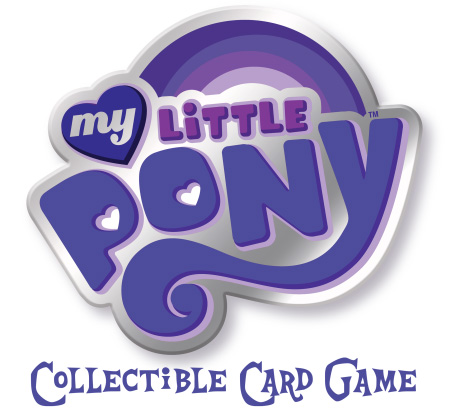 Select a MLP CCG Category Below

My Little Pony CCG came out with a huge bang from Enterplay, LLC in 2013. A very strong brand and genre, based on the hit TV series and movies - My Little Pony has captured the imagination of kids, players, collectors, Bronies and more all over the world. With ultra colorful cards, great game play, prize support, special collectors items, theme decks, and more, MLP CCG has everything that you need to get going in this colorful world of ponies and fun!

Cockatrice on the Loose 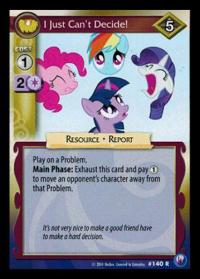 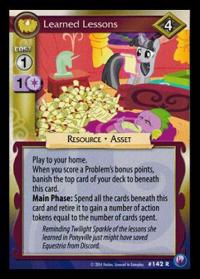 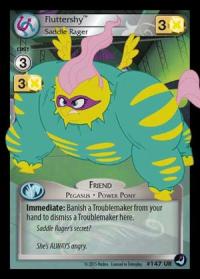 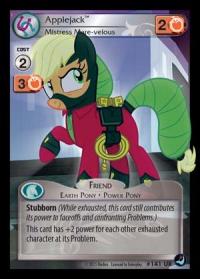 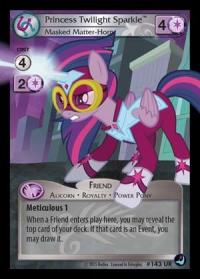 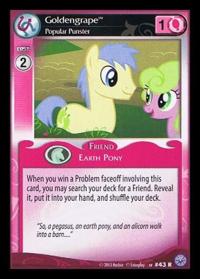 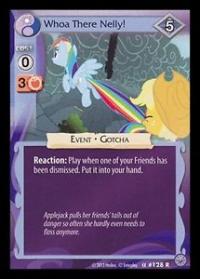 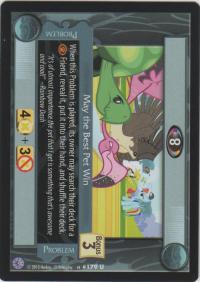 May the Best Pet Win

In 2013, Enterplay LLC released the first set of this great game - just simply called Premiere Edition. The game had been previewed the summer of the same year, with great fanfare and delight to all who enjoy the TV series and movies! Each set includes a mix of commons, uncommons, rares, foil parallel cards, and the elusive Ultra Rare cards! The Premiere set includes some great favorites - Ahuizotl, Big Mac, Nightmare Moon (powerful ultra rare), Rarity Truly Outrageous, and Twilight Sparkle are all some of the chase cards from this set. Collectors and players alike both enjoy these cards, as they add plenty of game play and color to anyone’s collection! The next set to release was Canterlot Nights, a mix of some of the hilarity and mayhem of Canterlot! Chief Thunderhooves, Angel, Dr. Hooves, Bulk Biceps, Flutterbat and Princess Luna all made their great debuts in this set, with both rare and ultra rare foil versions to collect and battle with! Rock N Rave is a great two player starter/collector’s set and adds a bunch of great new cards and variety to any deck. In 2014, The Crystal Games released with some great names like Biff, Cerebrus, King Sombra, Princess Twilight Sparkle and Princess Cadance. The sheer colorful shininess of some of these cards is to make anyone’s head explode with excitement! Nothing beats opening a fresh pack of cards to find the Ultra Rare and know you have hit the jackpot! Absolute Discord introduced a whole bunch of new craziness in 2015, with some great new names like Discord, Nightmare Star, Sunset Shimmer, Rainbow Dash, and Queen Chrysalis. CCGCastle has the full lineup of all these sets, and more! One of the great things about this game is that it has a great selection of special promo, tournament and foil cards to collect from various sets, releases and tournaments around the world! With a huge online following, new sets always in the works, special cards releasing and a great tournament schedule, if you are a fan of My Little Pony, you have to check out this game! Grab a new starter deck or a box of booster packs and cross your fingers for some epic pulls as you crack your packs and enjoy the madness of My Little Pony Collectible Card Game!